Safari to the Bushveld, Desert, and Coast

On safari drive in South Africa

Giraffe on a sand dune

South African Jaguar on the hunt

African penguins near Cape Town on the beach

Immerse in the sights and sensations of South Africa on a custom safari that takes you to three different and significant wilderness areas: the woodland savanna of the Sabi Sand private reserve bordering Kruger National Park, the semi-arid grasslands of the Kalahari Desert, and the wildlife-rich waters of Cape Town’s False Bay.

The diversity of wildlife you will encounter is stunning, from the Big Five of Greater Kruger (lion, leopard, rhinoceros, elephant, and Cape Buffalo), to black-maned Kalahari lions, to the seasonal whales, great white sharks, and penguins of Cape Town’s coast.

Your accommodations are tucked away in areas that limit the number of guests, while offering the largest concentrations of wildlife. The camps and lodges are stylish and comfortable, and dedicated to your unforgettable safari experience. You’ll be traveling independently, but may accompany other guests from camp to camp, and might share a naturalist guide on wildlife drives and walks.


*Price per person based on sample itinerary detailed. Pricing will vary depending upon number of travelers, rooming configuration, and other planning details specific to your trip.

How Can We Customize This Sample Itinerary For You?

If this sample itinerary looks intriguing, let us know and we can begin the process of tailoring it for you and yours! Call or email us today: travel@offthebeatenpath.com. 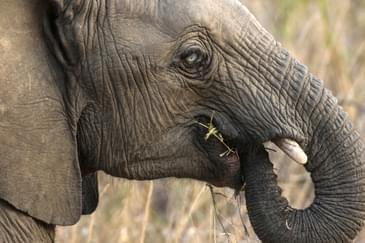 All custom travel is tailored to the desires and interests of our traveling clients (see How Custom Travel Works tab). Trip pricing detailed is an estimate of the per person pricing for the sample itinerary detailed and includes all of the lodging, activities, and guided experiences described. Actual pricing for the trip designed expressly for you and others traveling with you will depend on the features and elements developed during the trip planning process. Travel with Off the Beaten Path requires agreement to our standard Terms & Conditions.

The Energy Index detailed above relates to the level of exertion associated with the sample trip detailed. This would be modified to fit the style and ability of your group as a part of the custom trip planning process

How custom-made travel works at Off the Beaten Path

We’ve been tailoring custom journeys for clients since our very inception in the mid-1980s! The process is all about connecting the interests of the travelers with the best that a given destination has to offer. To achieve this, we rely upon good ol’ fashioned conversation! Our geographically focused travel designer love to meet new people and learn about their interests for travel. Understanding your goals informs the process immensely and serves as the foundation for the development of a bespoke travel experience for you and yours.

The trip detailed on this web page is a sample of something we’ve done for other clients over the years. In order to start the process of designing your own custom travel experience, just call us at (800) 445-2995 and ask to speak with one of our Travel Advisors. After a bit of time on the phone, you will then have the opportunity to connect with one of our travel designers.

The entire planning process is very personalized and works in an iterative fashion until a final, perfect trip has been created. We then secure all of the lodging, activities, and guided experiences associated with your trip and send along abundant trip materials capturing these details – and much more about your travels!

A driver greets you at the airport for transfer to your hotel. A vibrant city and cultural melting pot, “Joburg” is the jumping off point for most South African safaris.

Sabi Sand is one of the world’s most notable wildlife locales. The private 150,000-acre private reserve shares a border with the famous Kruger National Park. The reserve has led the way in wildlife conservation of the Big Five, elephant, rhino, Cape buffalo, lion, and leopard. You’ll enjoy twice-daily wildlife drives that often linger into the twilight hours. Sundowner cocktails await back in camp.

Fly via Johannesburg to the southern reaches of the Kalahari, a region known as the “green Kalahari” for its diverse flora and fauna. The semi-arid grassland is home to the rare black-maned lion and mountain zebra, as well as black rhino, cheetah, friendly meerkats, and other exciting species. Enjoy morning, afternoon, and nighttime wildlife drives, with optional nature walks and horseback rides.

Fly to Cape Town, where a driver meets you for transfer to your hotel. Situated at the confluence of the Atlantic and Indian Oceans, the city is known for its beautiful setting and its creative cuisine and world-class local wines. Leave the city for a full-day, private tour of Cape Peninsula, showcasing the marine wildlife so abundant here. You might see African penguins, fur seals, Southern right whales, and great white sharks on the water, and ostrich, baboon, and Cape mountain zebra in a nature reserve. 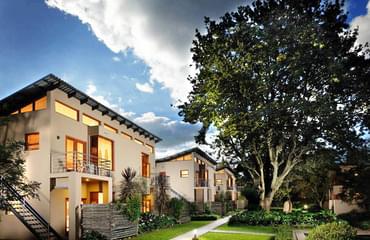 Unwind at this peaceful garden paradise, featuring 16 eco-friendly rooms and a welcoming staff, all a short stroll away from shops and restaurants. Slip into the pool and sip on a fruity beverage as you watch the sun set over your private oasis. 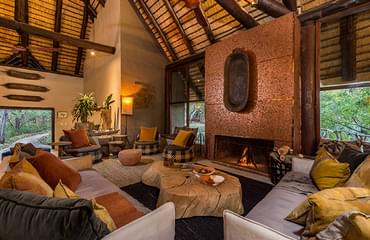 Set among majestic native trees on the banks of the Msuthlu River, the lodge is an elegant oasis of remote luxury, seamlessly blending the finest in accommodations with wild African setting. The six elegant, thatched chalets feature en suite facilities, indoor/outdoor showers, and private deck. Take a dip in the pool after your game drive. 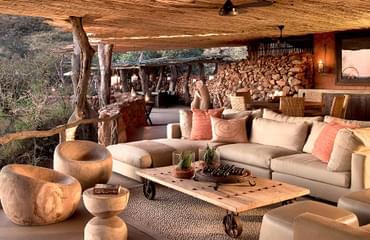 Experiences are individualized to each guest at this luxurious retreat, set in the largest private game reserve in South Africa. The main lodge features a dining area and wine cellar, while across the pool, nine suites offer spacious rooms with full bath, indoor/outdoor shower, and  study area. A private sundeck overlooks the nearby waterhole. There is also a five-room lodge. 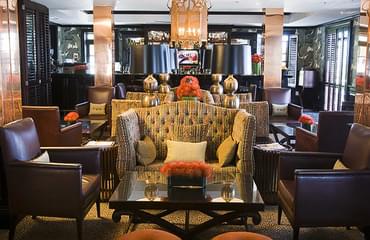 The Twelve Apostles Hotel and Spa

On one side of this luxury 5-star hotel, The Twelve Apostles mountains rise skyward. On the other, the sun sets on breaching whales, playful dolphins, and crashing Atlantic rollers. And all around are wilderness trails of Table Mountain National Park. You’re just minutes from the waterfront and city center, but closer still to golden beaches. Complimentary transportation service is available.