Tropical Islands, Culture, and the National Park of American Samoa

Settled by seafaring explorers three thousand years ago, the Samoan archipelago is the cultural hub of the Polynesian wheel. American Samoa – the only U.S. Territory south of the equator – is a true off the beaten path paradise, with rugged volcanic mountains, dramatic shorelines, empty beaches, colorful coral reefs, warm azure waters, and dense tropical forests. On this explorer’s journey, you’ll visit three islands, Tutuila, Ta`ū, and Ofu, each containing sections of the National Park of American Samoa.

Arrive into Pago Pago, American Samoa’s territorial capital. From a waterfront hotel, we head out for a variety of adventures over the course of three days, traveling by boat to visit with locals on the 375-acre Aunu`u Island and hiking along the Blunts Point Trail to a scenic high point.

Our next stops are the islands of Ta`ū and Ofu. First, we’ll fly to Ta`ū, half of which is the protected National Park of American Samoa, exploring the island’s archaeological sites and beaches. Later, we travel by boat to Ofu Island, for three nights and days spent hiking, snorkeling, and getting to know their share of the national park, beautiful mountains, lagoons, beaches, and coral reefs.

We return to Tutuila by plane, with time to take in more of the island’s features –Fagasā Bay to Afona Bay, Mount Alava, Maunaloa Ridge, and coastline. We take a walking tour of the village of Fagatogo and visit the National Marine Sanctuary of American Samoa and the National Park of American Samoa Visitor Center.

After a farewell dinner, we take the late-night flight to Honolulu.


*Price per person based on double occupancy. Trip price includes all lodging, meals, ground transportation, guide services and activities as described in this itinerary.

Do you want to customize this trip?

We customize trips all the time! Email us today: travel@offthebeatenpath.com. 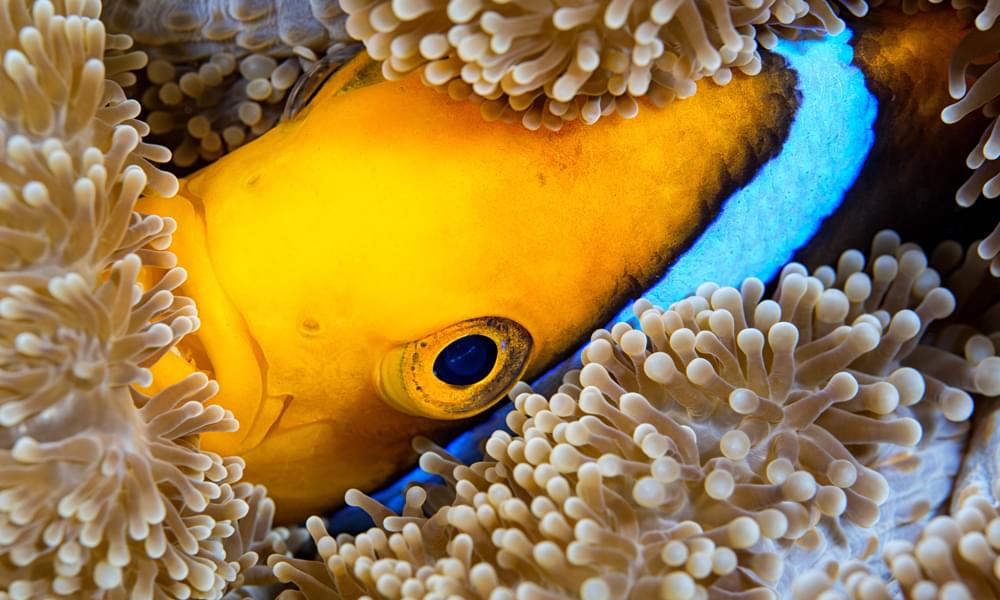 Pricing detailed for this Small Group Adventure is based upon double occupancy. Additional charges for single travelers and any on-trip airfare required for the trip apply. A booking deposit is required to reserve your space. Small Group Adventure pricing includes all lodging, meals (unless otherwise noted), activities, baggage handling, transportation, and guide service. Not included are travel costs to/from gateway cities, guide gratuities, and personal incidentals including, but not limited to, trip cancellation/interruption insurance, alcoholic beverages, and laundry service. Travel with Off the Beaten Path requires agreement to our standard Terms & Conditions.

Inter-island travel is on small planes and boats. Spend 6 to 8 hours each day outdoors in hot and humid weather. Activities include hikes ranging from 1 to 3 miles on rugged terrain and sandy beaches, and opportunities to swim and snorkel.

Make this trip all yours!

Most all of our Small Group Adventures can be made private to just your traveling troupe. Just give us a call at (800) 445-2995 and tell us that you would like to “make it private”!

Generally, there are two ways to make a small group adventure private. First, you could capture one of our published departure dates for just your group. In order to achieve this, we have to have sufficient space available to create a separate private trip. Second, we could take the details of this itinerary and fashion it for just your group on dates of your choosing. For this, too, we just need to review your interest, group size, and preferred timing in order to create the trip.

In all cases, the process begins with a phone call so give us a ring at (800) 445-2995 and after just a few minutes gathering information, we can set to the task of making your trip a reality!

Arrive into Tutuila Island’s Pago Pago on the night flight and transfer to our hotel. Tutuila is the largest of the American Samoa Islands, which sit in the heart of the Polynesian triangle formed by Hawaii, Easter Island, and New Zealand.

This morning begins with introductions and breakfast at the hotel, followed by a brief orientation from our guide on the journey ahead. Our first outing takes us by boat to Aunu`u Island off the southeastern shores of Tutuila. Lunch will be hosted at the home of a local family, after which we’ll watch traditional Samoan cultural, ceremonial, and dance performances.

After a leisurely breakfast, we’ll start our day with a visit to the National Park of the American Samoa Visitor Center—then we’re off to explore. Stretching over the middle of the island from Fagasā Bay to Afona Bay, this area’s main features are Mount Alava and Maunaloa Ridge.

After breakfast, those interested can attend a local church service, noted for the Samoan singing, skits, dances, and performances. After lunch on our own, there is an optional outing to Blunts Point Trail for a hike. Return to the hotel for dinner.

We fly to Ta`ū this morning, American Samoa’s second-largest island. After a picnic lunch, we’ll visit Ta`ū’s Sau`a area to explore the “littoral zone.” We’ll then get ready to board a boat to Ofu Island. Upon arrival, we will check in and have dinner at the lodge, where we will spend the next three nights.

Our days are spent exploring Ofu’s claim to National Park of American Samoa, one highlight of which is a strip of land running along the southeastern side of the island, with stunning mountains, lagoons, beaches and coral reefs. There will be time to hike, snorkel and explore the park’s beach environment and marine life. After lunch at the lodge, we’ll head out to get to know more of Ofu’s wonders.

Interested hikers hop into the back of a pickup truck and travel to an island trailhead, spending the morning on a guided hike. Others enjoy free time, relaxing at the lodge or exploring nearby. We’ll gather for lunch at the lodge, then return to the national park to swim, snorkel, and kick around at the beach. Our last night on Ofu features a traditional Samoan dinner.

We enjoy one last breakfast on Ofu Island, then board a flight to Tutuila. There, we’ll visit the National Park of the American Samoa Visitor Center, after which we’ll set out to explore the park. After lunch, we set out to explore on our own for the rest of the afternoon. Our farewell dinner is at the hotel this evening. After dinner we depart American Samoa on late-night flights to Honolulu. 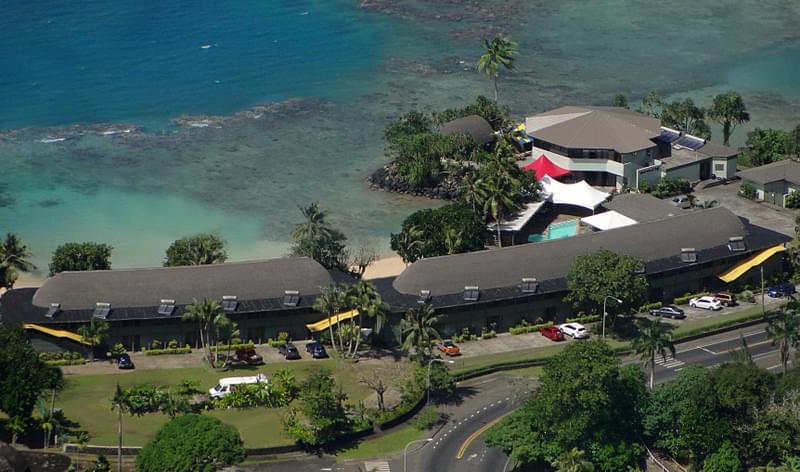 Sadie's by the Sea

Sadie’s By the Sea is one of two Sadie’s Hotels in Pago Pago. The hotel sits on the rim of Pago Pago Harbor offering excellent views of the harbor and the beach right out the door. Built in the 1960s, the hotel has been renovated over the years. You’ll find down home and friendly service from the staff. Guest accommodations are in 46 rooms, each with air conditioning, telephone, cable television, WiFi, refrigerator, microwave, hair dryer, iron, and ironing board. The hotel has a swimming pool, day spa, restaurant, poolside café, and offers kayak and snorkel gear rental. 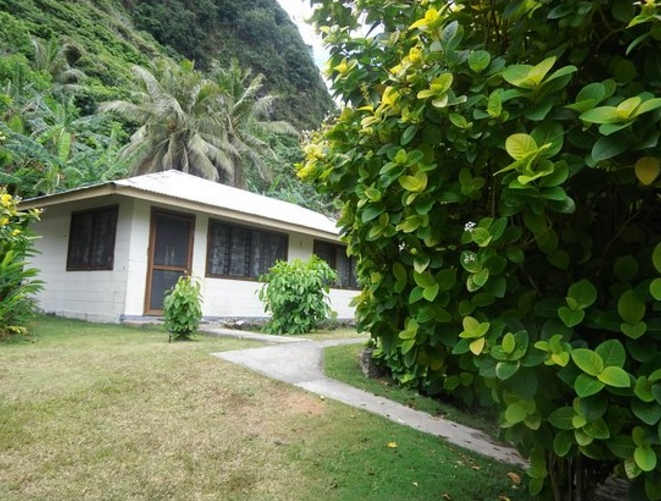 Vaoto Lodge sits on the beautiful, unspoiled island of Ofu. The lodge was opened in the 1980s by Tito and Marge Malae, both of whom have now passed, but is still owned and operated by the Malae family.  The lodge is simple, with seven clean, comfortable rooms, each with a fan, private bath, and shower. There is a library, dining room, and outdoor patio. The lodge also offers easy access to the beach. Meals at the lodge are tasty and served family style.  While cell service doesn’t work at the lodge, a telephone is available, as is WiFi, though it is quite slow. The lodge accepts cash only and there are no ATM machines on the island.